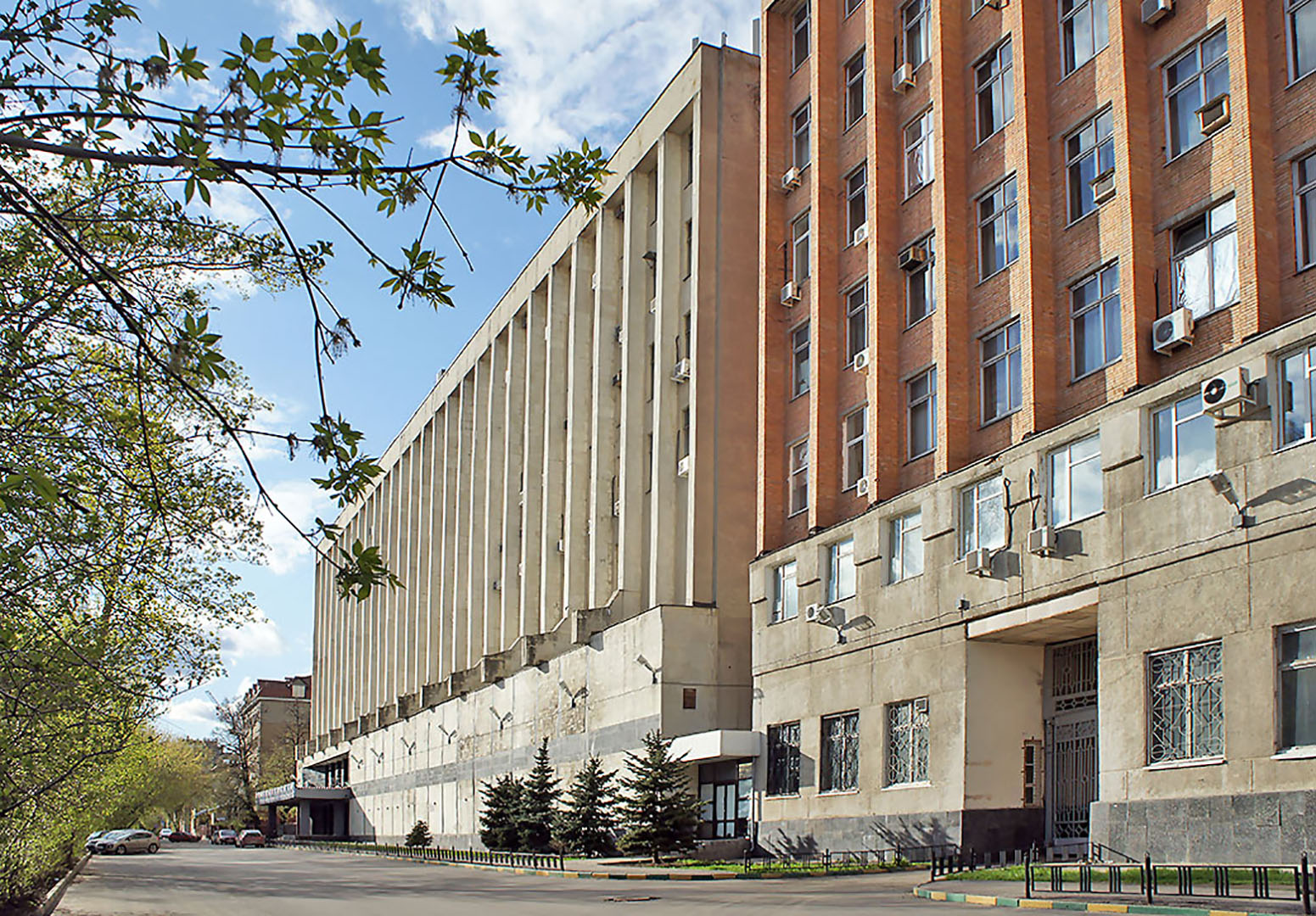 In 2014–2018, IAP RAS was under the jurisdiction of the Federal Agency for Scientific Organizations (FASO). 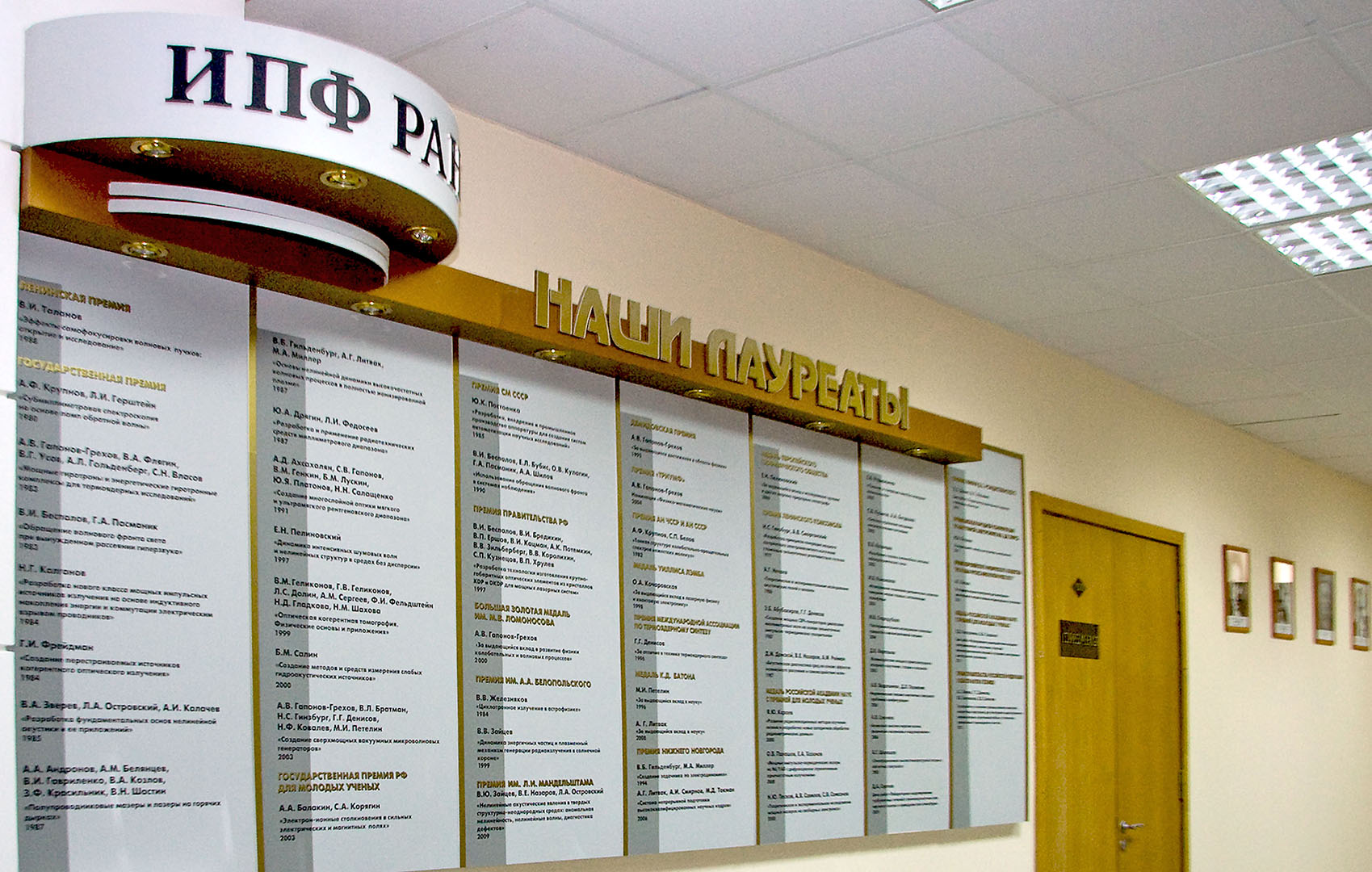 According to Order No. 334 of FASO of June 30, 2015, the Institute for Physics of Microstructures of RAS and the Institute of Mechanical Engineering of RAS were joined to the Federal research center IAP RAS, and they are its branches since March 1, 2016.

Today, the Institute of Applied Physics of the Russian Academy of Sciences is one of the largest academic institutions in the country and occupies the leading positions in a variety of fields in modern physics. Research at the IAP RAS is focused in the following structural units and branches:

The main research lines of the Institute include:

The IAP RAS was conceived and created as a multipurpose institution combining basic and applied research in the field of plasma physics, high-power electronics, physics of the atmosphere, hydrophysics, and quantum electronics.

The gyrotrons, i.e., high-power millimeter-wave oscillators developed at IAP RAS, and respective results on interaction of high-power electromagnetic radiation with plasma and matter are widely used in controlled thermonuclear fusion facilities and permit one to develop new technologies for the creation, processing, and modification of materials. In cooperation with GYCOM Ltd, a scientific and production enterprise, IAP RAS has become one of the world leaders in the creation of different-purpose gyrotrons, including ultrahigh-power quasi-CW gyrotrons for plasma heating and the International Thermonuclear Experimenal Reactor (ITER) that is underway in France.

Achievements in nonlinear and adaptive optics served as the basis for creating powerful laser systems for different purposes at IAP RAS, including the femtosecond laser system of the petawatt power level, which was the most powerful in Russia at the time of its creation in 2006. Today, IAP is creating a new ulrahigh-power laser facility with a design power of 4 PW. Such laser systems offer fundamentally new opportunities for an experimental study of matter under the conditions of interaction with extremely intense light radiation, equivalent or even superior to giant accelerators. Based on the experience gained at IAP RAS, a project was developed to create in Nizhny Novgorod an International center for the study of extreme light of the exawatt level – Exawatt Center for Extreme Light Studies (XCELS), which should achieve a record level of 200 PW, two orders of magnitude higher than today's record capacity.

Pioneering research in the field of acoustics, carried out back in the 1960–1970s, led to the development of new highly sensitive methods of non-destructive testing and defect detection: many years of experience in the field of precision optical measurements, to the development and introduction into clinical practice of a whole generation of methods and devices for optical biomedical diagnostics; large-scale expeditionary research and unique solutions in the field of low-frequency ocean acoustics, to the creation and implementation of advanced hydroacoustic metrology and diagnostics of complex vibro-active systems in the industry, the implementation of coherent methods of high-resolution seismo-acoustic diagnostics, etc. The field tests of digital cable antennas created at IAP RAS as onboard ship-borne receiving systems showed excellent prospects for introducing new signal processing techniques, including adaptive noise direction finding, passive aperture synthesis, and the ability to control acoustic fields in conditions of inaccurate knowledge of environmental parameters.

Many of the research lines intensely developed at the Institute of Applied Physics are related to inverse problems of remote diagnostics and tomography of various objects. 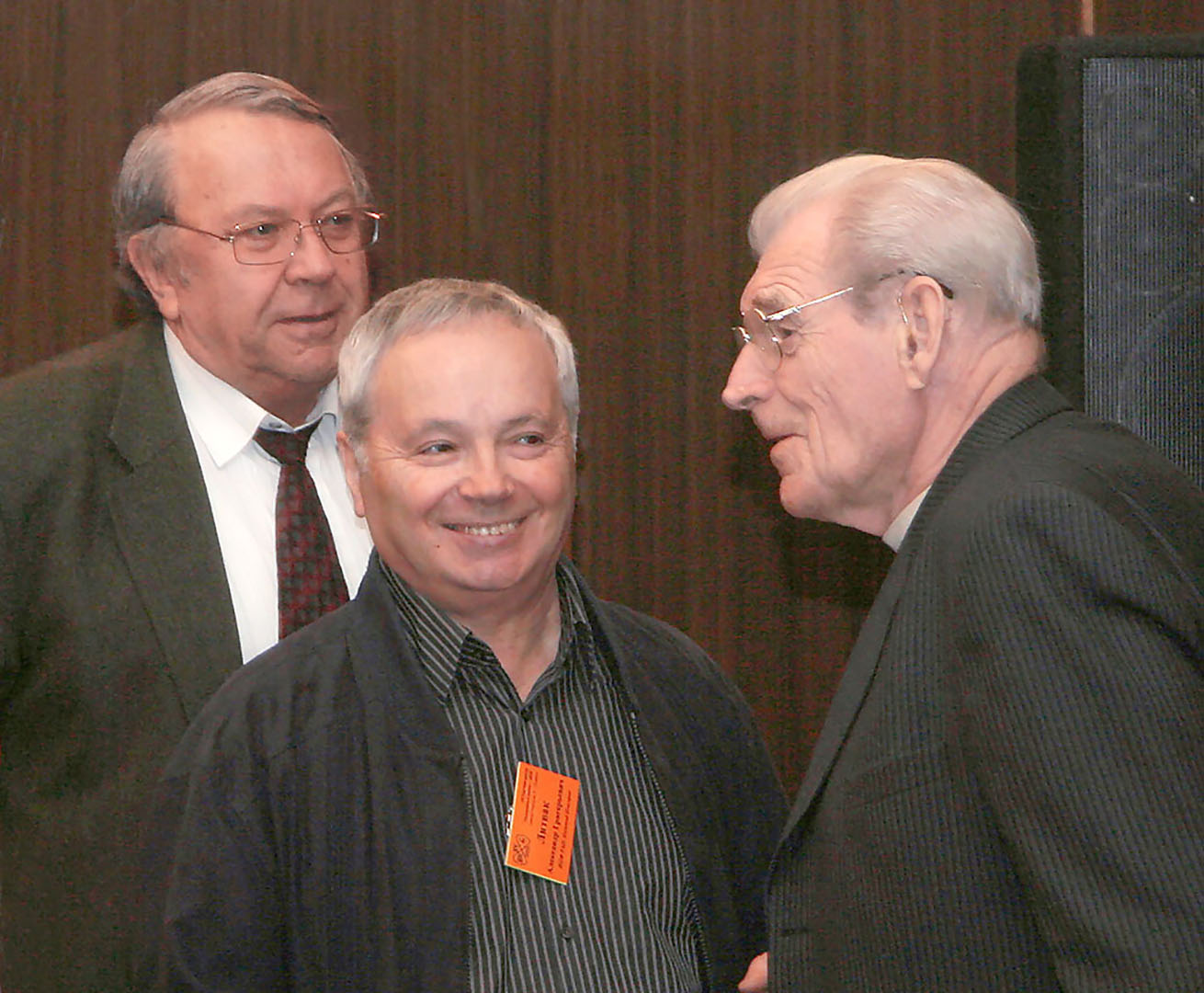 Recently, the Institute has successfully started research on topical issues of physics of condensed matter and quantum physics, attosecond physics, nano-photonics, modeling and construction of neuromorphic systems, the development of physical principles and technologies for creating nanostructured materials, the study of catastrophic phenomena in the Earth’s natural shells (ocean and atmosphere), and the development of new-generation methods and tools in the field of diagnostics of natural media and complex technical systems.

The Center has a powerful experimental base and a large set of modern diagnostic tools that allow to perform both laboratory and field experiments.

Scientific research is provided by 1.600 people, among which more than 650 people are scientists, including 5 full members and 10 corresponding members of the Russian Academy of Sciences, 120 doctors and 325 candidates of science. The average age of researchers at IAP RAS is 46. Over the years of the Institute, the work performed by its team has been awarded many scientific awards and prizes. Among them are the Lenin and State Prizes, Prizes of the Council of Ministers of the USSR and the Government of the Russian Federation, the Prize of the Lenin Komsomol and the State Prize of the Russian Federation for young scientists for outstanding work in the field of science and technology, M. V. Lomonosov Great Golden Medal of the Russian Academy of Sciences, RAS prizes named after eminent scientists, RAS medals with awards for young scientists, as well as a number of prestigious international awards and medals.

For many years, IAP RAS has been the organizer of regularly held and worldwide known conferences and scientific schools.

A whole “belt” of small high-tech spin-off companies was created at the Center. Their main objective is to bring the scientific results of IAP RAS to workable specimens and prototypes, market analysis, and commercialization of high-tech products.

IAP RAS has a wide system of training scientific personnel in physics and a system of multi-level continuous education. Three doctoral dissertation boards work at the Institute.

Summer physics and mathematics schools for senior pupils of Nizhny Novgorod and the region are annually held on the basis of N. S. Talalushkin children's education and recreation camp of IAP RAS.